The dedication of CCYS on September 13, 1986, marked the culmination of a dream. Community leaders and Judge Clementine Barthold of Superior Court #1 were responding to the awful truth that abused and neglected youth, as well as truants were locked in the Clark County Jail because there was nowhere else for them to go.

They conceived the idea of a community-based youth shelter which would offer youth a safe alternative when there was no place else to go. As a result of their tireless efforts, the shelter was incorporated in 1984 and opened its doors on a sunny September day in 1986.

Originally, the shelter provided only primary care (food, shelter, and clothing) and counseling services. The need for support services was immediately obvious. Over the next few years, CCYS would add, refine, and expand programs to meet the needs of the youth and families served. On CCYS’s tenth anniversary, its name changed to the Clark County Youth Shelter & Family Services, Inc. This change was intended to reflect the focus of the agency, while affirming its continued dedication to providing emergency shelter and care services to youth in the community.

Today the goal of CCYS is to provide support services for youth and families. The mission statement is "Serving youth and families in a safe and caring environment." CCYS is the Youth Services Bureau of Clark County, and has four core goals: community education, juvenile delinquency prevention, information and referral, and youth advocacy. 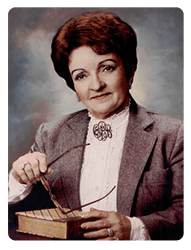 For many years, abused and neglected youths as well as runaways and truants, were locked up in the Clark County Jail because there was no other place to care for them.  In 1984, Jim and Barbara Williams along with Edwin and Joan Crooks met with Judge Clementine Barthold of Clark Superior Court #1 to try and come up with an alternative to this problem.  Their solution was to ask 21 community leaders to serve as the Board of Directors of a new not-for-profit corporation that would develop and govern a community-based youth shelter.

The Clark County Youth Shelter was incorporated in September 1984.  Given financial support from the county Commissioners and the Indiana Criminal Justice Institute, the house at 118 East Chestnut Street was rented and refurbished.  In the summer of 1986, shelter supervisory staff was hired to oversee the remodeling and equipping of the house, to prepare for licensing reviews, to hire and train other workers, and to develop policy and procedural manuals.

The shelter was dedicated at an open house on September 13, 1986.  To many, this was the culmination of a beautiful hope and dream.  Young people in Clark County now had “a safe alternative when there was no place else to go.”

In February 1988, the Mary and Barry Bingham Sr. Fund gave $80,000 to the shelter with which to purchase the building.  Financed primarily from per diem charges for care, the shelter is now an established community-based facility housing up to 10 youth at one time and providing programs outside of shelter care to the community.

In addition the emergency shelter, several programs have been added over the years.  When a need develops in the community that fits into the Shelter mission, it is closely researched.  If it fits into our mission, and grants can be found, programs are added to aid in strengthening families in our community.

An Aftercare program was added strictly for past residents of the Shelter.  This was deemed important as an on-going support system for those youth who had been in the Shelter program.

The next major program added was the Safe Place program.  This is a national program in over 40 states that was originated in Louisville, Kentucky at the YMCA.  We oversee this program in both Clark and Floyd counties.

Original Board of Directors as listed in the Articles of Incorporation

Special Thanks to the following for their Support of the Clark County Youth Shelter & Family Services, Inc.